Present day New Mexico was once part of the Spanish empire and called Nueva España or New Spain. The majority of Spanish settlements were along the Rio Grande and around their capital city of Santa Fe.
El Camino Real was the road that connected Spain and Mexico City to the settlements in the interior lands of Nueva España. For this reason, the Camino Real to New Mexico was called El Camino Real de Tierra Adentro – the Royal Road to the Interior. Used for over 300 years from 1598 until the late 1800s, this was the oldest and longest used of the royal roads.

All colonists, the Spanish military, Franciscan priests, and the constant flow of supply wagons came to New Mexico over El Camino Real.
Spain controlled New Spain with an iron fist from 1598-1823. Nobody was allowed into the new territory without written permission. Spanish explorer Hernán Cortéz discovered Mexico in 1518, conquering the Aztec empire by 1521. Cortéz renamed the captured capitol city of Tenochtitlan to Cuidad de Mexico, or Mexico City.

Cortéz’ invasion route, from the port city of Veracruz to Mexico City, became the first leg of El Camino Real. Ships sailed between Spain and Veracruz, connecting the new world city of Mexico City to Spain.

Silver was discovered in the Zacatecas mountains, so much silver that smelters and mints were built in Mexico City for stamping coinage and silver ignots, most of which were shipped to Spain. The heavily traveled road from Mexico City to the silver mines at Zacatecas became the second leg of El Camino Real. This route had originally been an Aztec foot trail.

Juan de Oñate received permission from the King of Spain to conduct the first colonization expedition far into the interior of what is today New Mexico, 1,500 miles away. Departing Zacatecas, the Oñate Expedition passed through the dry Chihuahuan Desert and crossed the Rio Grande at today’s El Paso in early 1598. Oñate continued through the Jornada del Muerto desert to the San Juan Pueblo, declaring it the capitol of New Spain. The capital was moved to Santa Fe in 1603.

Oñate’s trail from Zacatecas to Santa Fe became the third leg of the Royal Road into the interior land, or El Camino Real del Tierra Adentro. By the early 1600s, El Camino Real was in regular use bringing colonists, missionaries and supply caravans to the growing Spanish settlements along the Rio Grande.

These early days of the trail also brought friars and priests into New Mexico, building missions among the native pueblo people, and converting them to Christianity. Dozens of missions were built at the larger pueblos. Many of today’s New Mexico towns are the original sites of these Indian pueblos and missions. Many of these old El Camino Spanish missions are still in use today.

For 300 years, El Camino Real was the only road into New Mexico and the Southwest, bringing thousands of settlers from Mexico and Spain into the region. Even the famed Santa Fe Trail did not come along until 1821, connecting New Mexico to the United States for the first time. This is why so many of the people in New Mexico today are of early Mexican or Spanish decent. It was their ancestors who settled along the Rio Grande by way of the long, dusty trail called El Camino Real.

El Camino Real began to wane in the mid-1880s with the arrival of the railroad, transporting people and supplies along the Rio Grande in hours instead of weeks. As a result, most historians cite the use of El Camino Real de Tierra Adentro was from 1598 through 1885. However, in the early 1900s, automobiles traveled El Camino Real, which served as the first highway from El Paso to Santa Fe.

Interstate highways I-10 and I-25, from El Paso to Santa Fe, today’s El Camino Real, closely follows the route of the historic trail – except between Las Cruces and Socorro where I-25 follows the Rio Grande, rather than the 90-mile waterless shortcut through the Jornada del Muerto.

Meaning & SignificanceEl Camino Real means The Royal Road, on which travel was controlled by the King of Spain or his representatives, and thus often called the King’s Highway. These royal roads ran throughout the Spanish Empire including Mexico to South America, and later to California.

El Camino Real Historic Trail Site is about 30 miles south of Socorro on I-25, or halfway between Socorro and Truth or Consequences on the highway.

The Turtle is most easily seen in the late afternoon, when the sun lights up the mountain in such a way that you
almost can’t miss it.

Caballo Cone is a little-known gem that towers nearly 2000 feet above the town of Truth or Consequences in south central New Mexico. Known as Turtleback Mountain to locals, it is a surprisingly strenuous and scenic hike for a mountain so close to an urban area. As Truth or Consequences’ mountain, Turtleback deserves its nickname when the rocks and shadows near the summit display a prominent turtle shape.

Please note, this one is not for amateurs and should not be attempted alone. The trail is steep from the get-go, and rocky in places, so good hiking shoes or boots are absolutely essential. The physically fit can complete the round trip in around 3 hours; slower humans should allot 4-5 hours. Carry enough water and snacks to get you through.

The best seasons are fall, winter, and spring. Summers can be brutally hot.

Directions: From the center of Truth or Consequences, go east on Third Street toward Elephant Butte Lake. Immediately after the road crosses the Rio Grande (which is the second bridge), turn right onto a dirt road and drive two miles. After the first cattle guard, there is a small parking area on the left. The trail head is around the right side of the hill next to the parking area.

There is no red tape. However, the road that leads to the trail head traverses private property so please show respect and don’t trespass.

This intersection is well signed with signs pointing the way to Elephant Butte Lake State Park. Drive 3.2 miles (following the Rio Grande) and turn right onto a dirt road (called Turtleback Ave) just after you cross the Rio Grande. You will follow this dirt road for 2.2 miles to the parking area. For the first ¼ mile, the road parallels the Rio Grande. But then it breaks left through a wide wash called Mescal Canyon. Immediately after this wash, the road forks. Stay on the left fork and follow the road up the hill, and then down the hill. At this point, the road parallels the Rio Grande once again. Keep driving until you pass a cattle guard. Immediately take a left onto a short dirt road. Drive 100 feet and park. The unmarked (but well-worn) trail head is around the hill to the south.

Distance / Information: The trail is 2.2 miles (one way). This is a rocky, rugged and strenuous hike. It is not for novices. The elevation gain is approximately 2200 feet. Once you’re on the ridge, there are many false summits. Keep going until you reach the summit.

Not officially maintained, this 4.4 mile round trip route is well-worn and easy to follow, especially because it has small rock cairns marking the way. Although from a distance the ridge looks straightforward, it is class 2, rocky, steep, strenuous, and follows a sawtooth course at the crest. Despite its relatively short distance, the trail feels much longer with all the ups and downs, and with the various false summits. The scenery is fantastic, especially because one follows the ridge for the majority of the climb. The ridge falls away on either side, and has a quite airy feel to it, complete with a few (optional) knife-edges. 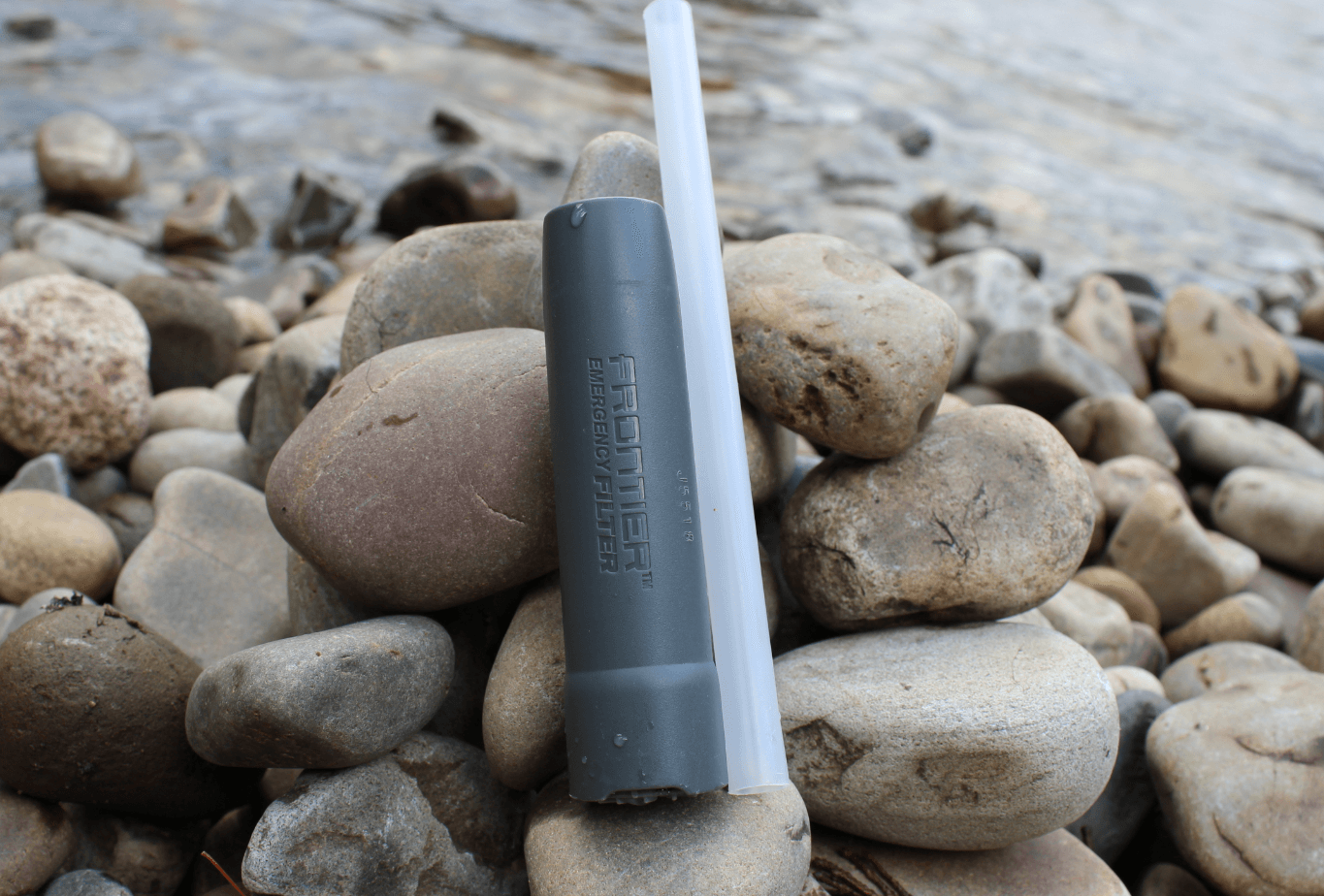